We have already written here several times about “pictures” and “ideas”, but how are they connected?
To clarify this I would like to use an example from art: Michelangelo’s ceiling in the Sistine Chapel. The ceiling itself is an “image”, which consists of many individual “pictures”. These images in turn consist of many individual ideas.

The “creation of Adam” in the middle, for example, is an image within the ceiling. This image contains various ideas of content. Look for example at the brain in which God is, or at the faces of the people (but you should get more detailed explanations from an experienced guide on site, in the Vatican…).

Michelangelo, in turn, implemented the ideas of the content by means of various handicraft techniques. These techniques are also “ideas” to achieve certain effects (3D effects, perspective etc.).

But what does this blanket have to do with the martial arts, especially the Chinese martial arts? It’s very simple:

The hand positions, changes and applications are all individual images. They define a form with which ideas should be transported. These ideas in turn are expressions of other ideas. As with Michelangelo: the handicraft technique gives life to an idea in a picture, so that this idea forms a picture that is expressed in the total work of art of the ceiling.

The CMA is a so-called “principle-oriented martial art”, and images and ideas are the didactic means to understand and apply these principles.

Without an expert guide, Michelangelo’s masterpiece in the Sistine Chapel will not be understood. You need someone to show you the allusions, explain and also explain how Michelangelo implemented them, or how the whole thing fits into the rest of the Vatican.

Without an expert teacher in the CMA, you will not understand how to get to “naturalness”, because you need the explanations for that too. Here it is just not a material work of art, but the work of art is the struggle. The art manifests itself in the fight, or the fighting. The language to understand this art lies in the socio-cultural context of ancient China: nature, culture (Taoism, Confucianism) and the military. 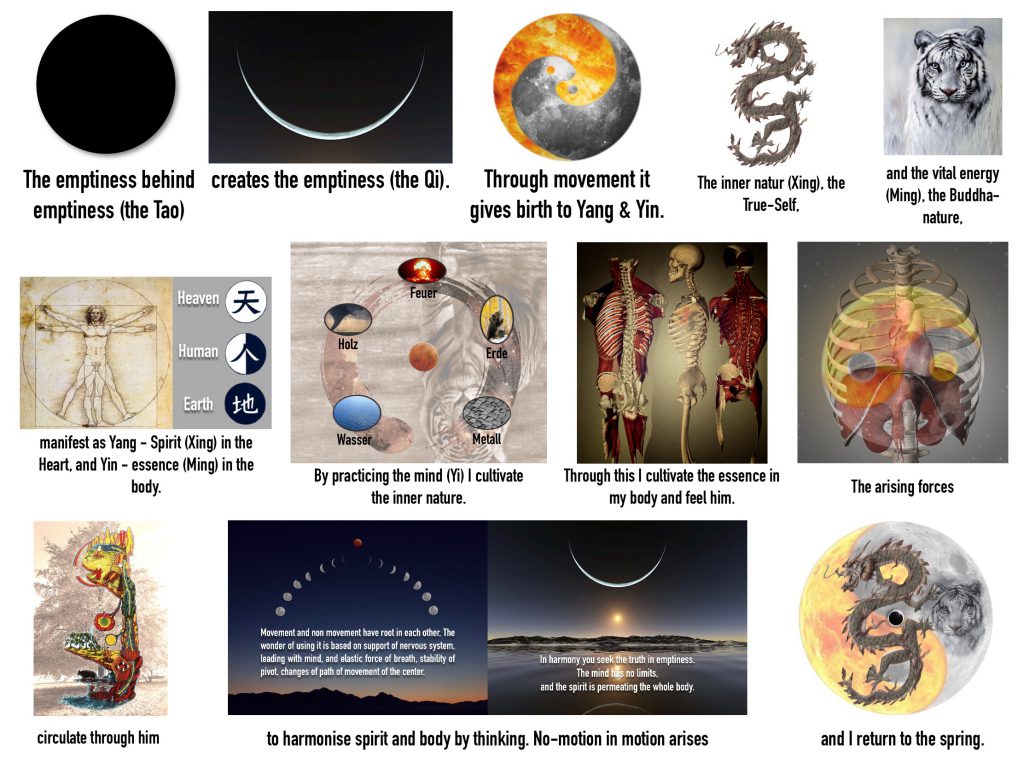