A rough division between the Martial Arts has been evident for a long time: With and without competition. Again and again one will come across, sometimes bitterly led, discussions about the sense of competition, whereas we think that there should not be any reason for this “incompatibility”.

Everything stands and falls with the objectives with which one practices a martial art / a martial sport (I will abbreviate both “MA” from now on). The goal defines the method!!!

In the article about the „The Brain and the Pictures“ we wrote about “Fight, Flight, Freeze”. These “modes” also have something to do with how our OFC judges a situation. If I see something as a challenge it causes a different level of activation than if I experience something as overstraining or helplessness. The decisive difference in the activated brain areas is therefore “challenge, helplessness and excessive demands (which ultimately arise from the helplessness for which no compensation mechanism can be found)”.

Once again: challenge, helplessness and, if there is no way out of the helplessness, excessive demands, which leads to fear and panic!

Let’s now look at a classic situation from the competition (e.g. Klitschko vs. Fury):

Each of these two exceptional athletes has trained hard, is in top shape, has dealt intensively with his opponent and believes he can win the fight. Both are alpha males and the competition serves to show the other that one is the bigger alpha male. The stake is not life, but a manageable part of health and (not to be underestimated) social status (money, reputation etc.). Such a fight does not happen suddenly, but both have time to prepare themselves. The space is known, the rules are known, the time is known.

So both opponents go into this fight in “challenge mode”. From then on there are several possibilities. Either both see the fight until the end as a challenge and think they can win or one of them is surprised by the other one in such a way (e.g. by a “steel jab”) that he gets helpless at first. If he can find a solution for it, then it becomes a challenge again. If he can’t find a solution and the pain, the exhaustion becomes more and more, then the overstrain starts and the fight is as good as lost, because the OFC will lose more and more control and you are “at the mercy” of the deeper brain areas (if you haven’t trained differently, more about this later).

A competitor will always try to be in the challenge mode or to get back there as soon as possible, because only there you remain capable of action in planning.

Now let’s look at “reality”, and there I consciously take a situation from the historical context of the KK: 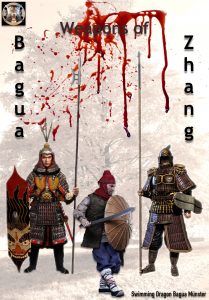 A caravan escort service on a lonely road somewhere in the Chinese province. Even though you know the way and know where an ambush is suitable and even though you have bribed the local warlord you never know WHEN and WHEN an attack will happen. You know exactly that the people who will do such a thing have no interest in letting you live. A life is worth nothing anyway. The brain is permanently in a mode of latent helplessness, but the training has managed to turn this fear (helplessness) into a challenge. One has learned to face the fear with the challenge mode.

This link alone is a big difference to what you learn in competition! The challenge in competition takes place in the OFC, there we consciously decide to accept the fight. In the (then) reality one cannot decide FOR or AGAINST a fight, others decide that. So the connection in the brain of our mercenary takes place on the “emotion level”. He is afraid, but cannot avoid it, while the competitor takes a calculable risk for his health and social status and therefore has to be afraid very little (if he had more he would not fight).

So the mercenary is about EVERYTHING, his entire life, and that is where his fear comes from. Through his training he has done everything to avoid the potential danger of death. He KNOWS how to use a spear, a saber and his fists, how to counter a LETAL threat and how to KILL with it. This knowledge of his own defensiveness in the face of death makes the fear of attack a challenge to survive.

His training makes it possible for him to turn a fear of death into a challenge to survive!

What happens in the Chinese province? The mercenary has bad luck. The caravan is attacked SAME. He has no control over time and place, there are no rules. In the moment of the MASSAGE his fear shoots under the blanket (suddenly the tiger is there to stick to the picture from “The Brain and the Pictures”). Through training he sees this moment as a MAXIMUM challenge. If all goes well he will fight and survive and with every dead or injured opponent this fight becomes a stronger challenge, he will be more sure to survive. The whole thing ends when there is no opponent left or he gets to someone stronger / better and kills him.

The more successful missions and fights our mercenary had, the more secure the fear becomes a challenge and not an excessive demand, but what could happen at the moment of the attack?

The mercenary realizes that it is a superior force or that they are better armed etc. He loses faith in himself, the fear becomes greater he slips into flight mode, but cannot escape. Fighting is no longer possible. With luck he can hope to be captured by “Freeze” and to survive, with bad luck he is simply dead.

So let’s first look at the DIFFERENCE between competition and “reality”:

Employment is the social status

The goal is victory over the other

Unarmed training as a target

The goal is the death of the other

Unarmed training as a basis for handling weapons

Now a look at the COMMONS:

– Training of the body

– The will to win, to dominate the other

– Hard work on oneself / confrontation with oneself

– Respect / care for the body

– An environment that shares the above points

You can see that the commonalities of the two outweigh by far, so there can be no “either or”!

The decisive point for us is now the goal of the training and everyone has to be honest with himself. WHY do I personally want to learn a martial art? What is my personal goal? What am I willing to invest in time and effort?

The martial arts were developed in a time when training for “reality” was essential for survival. Such training changed the personality! It changes the way we deal with fears, violence and the way we see it. It requires a lot of time and endurance.

Nowadays we are no longer exposed to the dangers of that time. People who practice KK today are not doing it to survive! Most of them want to train one (or more) of the above mentioned common points, it is not about killing .

So if I am only interested in the common points, I need the competition, because it brings motivation, testing of skills, a goal to train towards, keeps the team together etc. 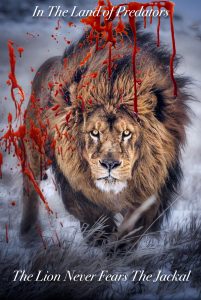 However, if I am interested in an authentic KK of that time, the competition can be a hindrance as long as I do not enter this environment very, very consciously. Why? Because the rules of the competition allow for other behaviours and techniques that are not possible in a fight to the death, with weapons:

– The fork grip in the elbow is “deadly” for the thumb in competition, in reality a grip without a fork would be deadly for the practitioner, because only this way a weapon can be controlled

– An underhook, where I get the neck, is not bad in competition, in reality you would be dead if you were armed.

– Missing control of the weapon arm in an “entrance” can mean death, in competition it is not bad, maybe it does not work

This list could be continued endlessly and should only serve to clarify where the differences in certain techniques lie.

Nowadays most people have unarmed fights and they are rather “brawls”. For these scenarios you are very well prepared with the training for the competition, because often this is also a violent situation in which social status and recognition is at stake. They are alpha-male games, where I just don’t know the place and time beforehand.

The activation in the brain remains the “normal” out of the OFC and does not take into account what Rory Miller calls “predatory violence”: The assault-like violence of killing, wounding, kidnapping, raping, etc.

Old MA only knew this kind of violence and were developed for it.

From the unarmed training methods for this kind of violence developed the sporting comparison and there the movements and techniques were adapted to the respective rules and conditions and developed further there. THIS is the root and most important common ground, because a good competition training enables the person to go into the “challenge mode” under “predatory violence”, because his body and mind are trained to deal with violence and to use it! 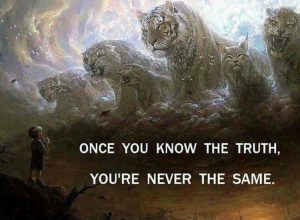 Finding a teacher and a school that REALLY still teaches an old MA and knows how to psychologically prepare people for such a fight is extremely difficult. The handling of weapons is important for this, the handling of the imagination is essential and you have to know and be able to train the applications with and without weapons, especially in free mode!

The “price” that an old MA demands, if you really want to learn it seriously, is the change of personality, because the training methods have exactly this as their goal (see also the article about „Roads, Networks and Movement“).

It is always about violence, death and fear, but where these three are, there is always their opposite pole: love, life and joy…

For us personally it is important to point out that competition and “old” MA have more in common than you might think and the differences are rather small! With all the pros and cons you must never forget that you always have to have the right method for your own goal. Therefore you have to know your goal first and then learn the right method. If I want to become a good competitor I need a good coach and a good team. If I want a healthy body, I need a trainer who knows about functional training.

If I want to learn an “old MA”, then I need an unbroken, authentic line.