What exactly do you have to imagine under “pictures” or “ideas”?

Working with pictures (working with ideas) makes subconscious processes accessible to our consciousness, or influences them.

To explain the role of “consciousness” here is a quotation from a work of Maja Storch:

“From a neuroscientific point of view, all aspects of psychic normal as well as neurotic behavior… arise from the normally functioning memonic (memory related, M.S.) functions of the human brain” (Koukkou & Lehmann, 1998a, p. 294). In addition: “The … Organizer of the genesis, coordination and control of the quality of all dimensions of human behavior, in all ages and states of consciousness, is the quantity and quality of knowledge acquired and created in the brain of the individual” (ibid., p.301). Memory and the knowledge stored in it are of crucial importance, both in terms of the human psyche and in terms of behavioral control. Mertens (1998) provides a detailed and careful overview of various psychological concepts that can be well associated with the neuroscientific model of memory formation based on neural networks. These include, from the point of view of genetic epistemology, the sensorimotor schemata according to Piaget (1952), from the point of view of body therapy the affect motor schemata according to Downing (1996), from the psychoanalytical point of view the “perception-effect action patterns” described by Dornes (1993), and from the point of view of infant research the RIGs (representations of interaction generalized), a concept by Stern (1985).

If one remains within this neuroscience-based model of psyche, one can describe psychological development as an extension of memory content and thus as learning. This leads to the question of how psychological events are regulated from a neuroscientific perspective. For if the intention is to promote mental health in a targeted manner, there must be precise knowledge about which inner-psychic instances are involved in the creation of health. How is mental activity regulated? How should we imagine the regulatory processes that ensure the psychobiological well-being of the organism? First of all, it should be noted that we must abandon the idea that “what we experience as our ego is the central control organ of our life and our soul life. … Our ego-experience is an emergent quality from the totality of the neuronal processes that take place within us. Our ego is not the supervisor and master of these processes, but their product” (Grawe, 1998, p. 331). 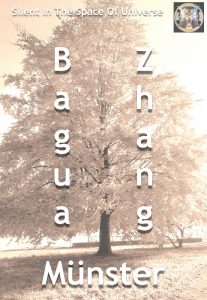 From the point of view of the neurosciences, the consciousness to which the idea of the activity of the ego is linked in psychological theories is by no means accorded the central position that it has long been given in academic psychology. This is due to the fact that the majority of brain activity takes place via unconscious processes. According to Roth (2001, p. 218f) only those processes are conscious that are connected with an activity of the associative cortex. Accordingly, all processes that take place in the brain are unconscious to us during and as long as the associative cortex is not active. Figure 2 shows those cortical areas whose activity is conscious according to Roth. The distinction between conscious and unconscious processes in the brain corresponds to the distinction between explicit and implicit processes from memory psychology (Schacter, 1986). A detailed overview of this can be found in Grawe (1998, p. 376f). Grawe also writes: “The existence of an unconscious functional mode is not only a psychoanalytic assumption. It is an empirically proven phenomenon” (ibid., p. 434). The functioning of the conscious and unconscious modes is different, it is also based on different structures in terms of brain anatomy. Explicit processes require time and attention, implicit processes can be retrieved automatically within seconds. Explicit processes are prone to failure, implicit processes run with high reliability once they have been triggered. Since explicit processes are energetically metabolically and physiologically much more “expensive” than implicit processes, Roth (2001) even describes them as a “special tool of the brain” (p. 231). From the point of view of the organism, consciousness is a state “that is avoided as far as possible and can only be used in an emergency” (Roth, 2001, p. 231). Explicit processes associated with consciousness are only called up by the brain if an object or situation has been classified as “new” and/or “important” in a process running below the threshold of consciousness, which is called “preattentive perception” in the neurosciences. If preattentive perception classifies a situation as “known” and/or “unimportant”, the implicit processing mode is activated. The brain is keen to transfer content that initially required a lot of attention and “expensive” awareness to implicit memory as soon as possible. This is done through repetition and practice. To the extent that performances are repeated, practised and finally become more or less automated and thus more effortless, the effort of consciousness and attention also dwindles until in the end – if at all – only an accompanying consciousness remains. If you think of the difference between the first driving lesson and the way people drive a car today, the difference between explicit and implicit processes becomes obvious without further ado. Basically, the ability of the brain to process many things automatically in implicit mode is usually an advantage. For psychological processes, however, this ability can sometimes become a problem. This is the case when maladaptive neural networks take over the control function and induce perceptual, motivational and actional readiness in humans, which is detrimental to psychobiological well-being. 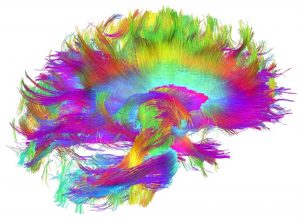 The second paragraph is particularly important. “I” can only work with my conscious parts and must gain access to my subconscious memories and processes via associations I have learned to make.

An example of an image from therapy (extremely simple) is the “inner smile”. The patient is told to smile without moving his mouth, i.e. to think of “smiling”, and then subconscious motor and emotional processes are set in motion that call up (or trigger) neuronal achievement patterns.

“At the level of nerve cells, the knowledge that constitutes the memory content of the human brain can be imagined as the readiness to activate very specific neural excitation patterns in this huge neural network. These excitation patterns are organized in so-called “neuronal networks”, the English term for this is “cell assemblies”. They are the building blocks of our memory. Without cell assemblies, we would be lost in a sea of sensory data; we would not be able to order and retrieve the enormous amount of information that flows into us every second.

Neuronal networks are created when certain patterns are triggered together in response to a stimulus. If this happens repeatedly, this entire nerve complex is strengthened and will become increasingly easier to activate in the future. Edelman (1987) described this process in his concept of “reentrant mapping”. Ratey (2001) illustrates the process of “reentrant mapping” using the example of the development of the neural network on the subject of “grandmother”. According to Edelman’s theory, “the perception of a chair or one’s own grandmother is based on reentrant signals that combine the activity of several maps of brain regions. … Each brain region contributes to the recognition of a chair or the grandmother, and this explains why recognition can be triggered by a variety of different sensory impressions: the smell of mothballs, the taste of paprika, a grey-haired woman, a crochet figure sitting in a rocking chair, an aging female voice” (p. 173f). In technical terminology, when we want to talk about it, we say that in a neural network information from the most diverse brain regions is connected to form units: Neural networks are multicoded.”

“Mindfulness training” now means nothing more than doing certain things with pictures and/or perceiving physical feedback with certain ideas. If I “walk mindful” I can, for example, tell the patient to imagine walking through wet sand by the sea. If he has already done so, he will pay special attention to the feedback of his feet, i.e. pay attention to his proprioception and perceive it “mindful”.

The CMA, as we learn them, have a very sophisticated system for moving over certain ideas and integrating feedback from the body into these ideas.

Some things are, especially in the beginning, very natural and easy to understand, so that one first learns to work with “Yi” (mindfulness, or an idea that causes mindfulness).

Some things then become very abstract and have to be filled with concrete experiences by the teacher. If I have never walked over sand, I cannot reproduce the feeling. If I have never smiled, then I cannot do anything with the “inner smile”. 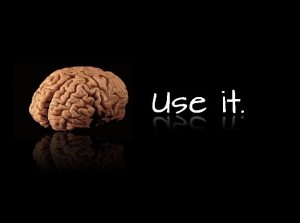 “Water”, “bear”, “lion”, “fullness”, “emptiness” etc. are such ideas, which are first of all very abstract and have to be filled by the teacher with concrete physical experiences.

This is why, for example, the correction of the outer form is so important. By “forcing” into certain postures I generate a proprioceptive feedback, which I can then learn to combine with an idea.

That is why in traditional teaching methods so much emphasis is placed on the externally correct form. It creates a certain physical feeling at defined points. It provides an “inner image” of tensions, forces etc. (through twisting and stretching).

When the student has internalised this feeling, then an idea about this feeling can be given to him. This is the point where “inner student” differs from “student”, because these ideas are not given to everyone, or you give the idea but do not connect with the physical experience (for this the teacher has to touch you and make you feel what he means).

What kind of ideas are used and how they systematically build on each other, this may lead to differences in the individual styles.